By way of background, the Florida Constitution currently provides for local government ad valorem taxes on real property and tangible personal property, assessment of property for tax purposes, and exemptions to these taxes. Section 4(i) in Article VII of the Florida Constitution also provides that the legislature may prohibit the consideration of the installation of a renewable energy source device in the determination of the assessed value of real property used for residential purposes.…

END_OF_DOCUMENT_TOKEN_TO_BE_REPLACED

For the possible record number of attendees at July’s Real Estate Investment Society (“REIS”) luncheon, this won’t be news. For those folks who may have missed it, Assistant County Attorney Michael Jacob and Lee County Planning Manager Mikki Rozdolski walked us through the newly created Pine Island Transfer of Development Rights Program that is not… [t]he Obama Administration unreasonably failed to budget for adequate maintenance and speedy rehabilitation of the Herbert Hoover Dike, resulting in frequent discharges of harmful water from Lake Okeechobee to the St. Lucie and Caloosahatchee Rivers and estuaries.”

The Governor explained that the release of these waters has caused an increase in algae blooms that have been dominated by Mycrosystis, an algae that can produce harmful toxins. 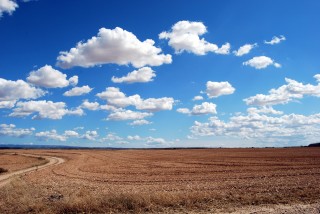 On June 27, 2016, Lee County staff presented a series of proposed Land Development Code (LDC) amendments to the Local Planning Agency (LPA). Of significant importance, were staff’s proposed amendments to LDC Sections 2-45 through 2-46 and Sections 66-76, which specifically impact the County’s current provisions governing its “Proportionate Fair-Share” and Concurrency programs. In addition, as a companion amendment, staff has proposed a complete revision to the Administrative Code (AC) 13-16.

The Purposes for the Proposed LDC and AC Amendments

According to staff, the purposes behind the proposed changes are: …
END_OF_DOCUMENT_TOKEN_TO_BE_REPLACED

This year’s two day Urban Land Institute (ULI) Annual Florida Summit was held in Miami at the Turnberry Isle Resort and was comprised of more than 650 attendees. The theme of this year’s event was Creative Disruption: “The Future Ain’t What it Used to Be.”

The mission of ULI is to provide leadership in the responsible use of land and in creating and sustaining thriving communities worldwide. ULI is an independent global nonprofit supported by the top real estate professionals from throughout the state including developers, attorneys, engineers, architects, and land use planners, from both the private and public sector.

END_OF_DOCUMENT_TOKEN_TO_BE_REPLACED

The term “due diligence” gets thrown around a lot in the development world, but often with little regard for what the term entails. As with all things relating to property, this post is in no way intended to encompass all considerations in due diligence as properties are unique and present specific needs of review. However, the following list provides a brief glimpse into items to review when you are considering the purchase of real property for development in Southwest Florida:…
END_OF_DOCUMENT_TOKEN_TO_BE_REPLACED Statutory Authority for State of Emergency Extensions in Florida

As explained in our earlier blog posts, Section 252.363, Florida Statutes, provides that certain qualifying permits and authorizations can obtain extensions following a declared State of Emergency for the amount of time the declaration was in effect, plus an additional six months.

In order to obtain an extension under the statute, the applicant must submit a written request to the authorizing agency within 90 days after the State of Emergency has expired.

The State of Emergency for Heavy Rainfall Has Expired …

END_OF_DOCUMENT_TOKEN_TO_BE_REPLACED On April 21, 2016, Southwest Florida’s state legislators presented a “Legislative Wrap-Up” at the Cohen Center of Florida Gulf Coast University. This year’s event was well attended and presented for the first time as a collaborative effort between and among ULI of Southwest Florida, REIS, and the FPZA.

Attendees had the pleasure of hearing about many of this year’s successful and unsuccessful bills from the following legislative panel:

Highlights from the 2016 Legislative Session

Following a brief introduction by moderator Jenna Buzzacco-Foerster, each panelist was given several minutes to discuss their greatest accomplishments of the 2016 Legislative Session.…