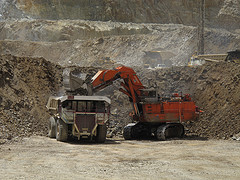 As defined in Section 380.06, Florida Statutes, a development of regional impact (“DRI”) is “any development which, because of its character, magnitude, or location, would have a substantial effect upon the health, safety, or welfare of citizens of more than one county.”

A Brief History of DRIs in Florida

Since the DRI program’s inception in 1972, it has been chipped away by the enactment of numerous legislative exemptions. In 2009, the Legislature enacted an exemption for Dense Urban Land Areas (“DULAs”), which exempted projects from DRI review in eight counties and 243 cities. In 2015, the Florida Legislature attempted to reduce duplicative and burdensome regulation by eliminating the requirement that new developments be reviewed pursuant to the DRI process by only subjecting such proposed developments to the requirements of the State Coordinated Review Process.

On September 28, 2015, the Committee on Community Affairs submitted and approved Senate Proposed Bill (SPB) 7000 by a 7-0 vote. The proposed bill has been titled “An act relating to developments of regional impact” (the Act) and its effective date is set to be on July 1, 2016. The text of SPB 7000 reads:

According to the bill’s summary, a proposed development that is consistent with certain comprehensive plans is not required to undergo review pursuant to the state coordinated review process. However, plan amendments for areas of critical state concern will remain unaffected under the legislation and will continue to be processed under the coordinated state review system.

Since SPB 7000 is still in its early stages, the future of the DRI process remains speculative. However, if the past is any indication of the future, it is safe to assume that political winds in Tallahassee will blow in favor the demise of the DRI program. In the meantime, many local governments will remain uncertain of how to evaluate proposed projects that qualify as DRIs given the State Coordinated Review Process was all that was left for DEO’s review and consistency with their comprehensive plans has long been required under the Growth Management Act of 1985.

If you have any questions or inquiries regarding compliance with the current DRI legislation or the status of SPB 7000, please do not hesitate to contact Henderson Franklin’s Land Use Department at 239-344-1100.